I am not a Baker. My mother was a fabulous baker, but I can’t hold a candle to the 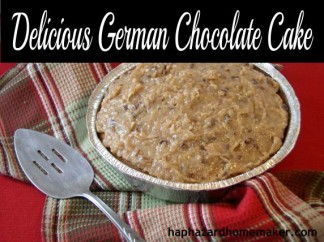 delectable and beautifully decorated cakes and desserts that came out of her kitchen. So when I am called upon to produce tasty treats, I invite Betty Crocker over. As you probably already know, she does a mighty fine job. Sometimes though, it has to be a little more special. Such as today…

My Homemakers Association group is having a Pie and Cake Auction, so I have been on a baking frenzy today. Actually since yesterday, but I’ll share that fiasco another time. I made two layers each of two different kinds of cakes, but I will share the chocolate one first. This recipe is a favorite of mine and it makes your cake taste just like homemade from scratch!

We are starting with a cake mix, but we’re going to change it up a bit. Follow the package directions, except for the ingredients.

Pre-heat oven to 350°. Lightly grease the bottom only of cake pans. I used two 9″ cake pans and used a little cocoa powder to “flour” the cake pans. 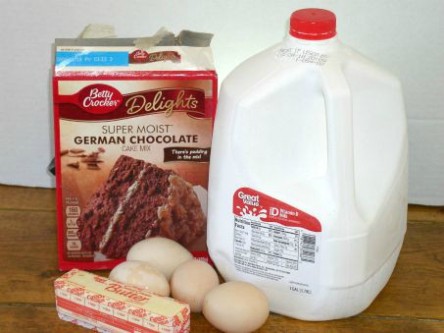 Mix according to directions. Generally it’s “beat vigorously for 2 minutes”. This batter is super thick and looks kind of like mousee.

See those swirls still in the batter in the pan? 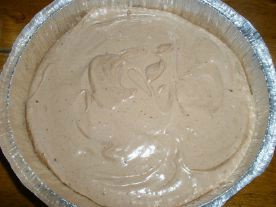 Pour into cake pans and bake for the time listed for your pan sizes. I used two 9″ cake pans. Check with a toothpick to see if it’s done. Stick it in the center of the cake and if it comes out clean, the cake is done.

Now I would love to share an awesome recipe for Coconut Pecan frosting, but I know my limitations. And I know ready made frosting is so much easier than me trying to make it myself. Besides, who’s going to believe I used store-bought frosting on a cake that tastes like it was homemade? 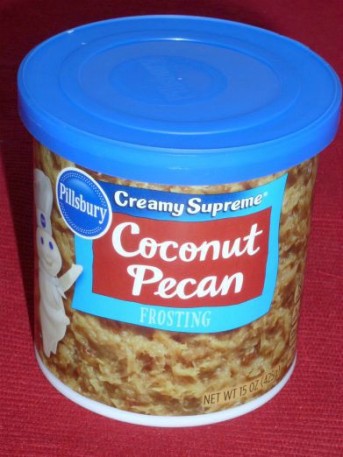 As you can see in the picture below, I baked the cakes in disposable pans for the auction. To keep the frosting from sticking to the lids of the German Chocolate cakes, I placed some pecans in the center.

That was done after the frosting stuck to the underside of the lid, the first time I put the lid on the cake. 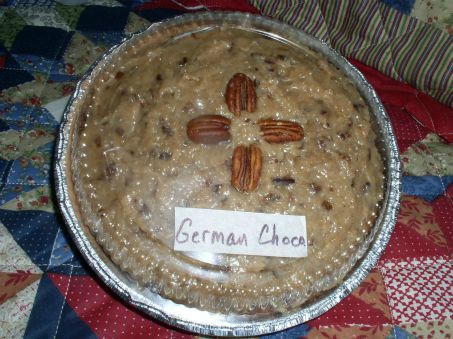 You wouldn’t think changing the ingredients a little bit would make such a difference, but it sure does. The layers were at least 3″ high and nicely rounded across the top. It was sure pretty for a single layer cake and the taste is amazing!

Homemade German Chocolate Cake & a Glass of Milk. Oh, My!